Bambi is a big book lover. He could (and would) recite the Gruffalo word for word if you asked him. Or even if you didn't.

Ditto Dogger, Five Minutes Peace, Each Peach Pear Plum, and a bizarre old book from my husband's childhood called Mr Gumpy's Outing in which a man has a boat and he lets farm animals get on it "so long as they don't bleat/kick/flap" and so on. Then they all misbehave and fall in the water, then they have a tea party and Mr Gumpy says goodbye. 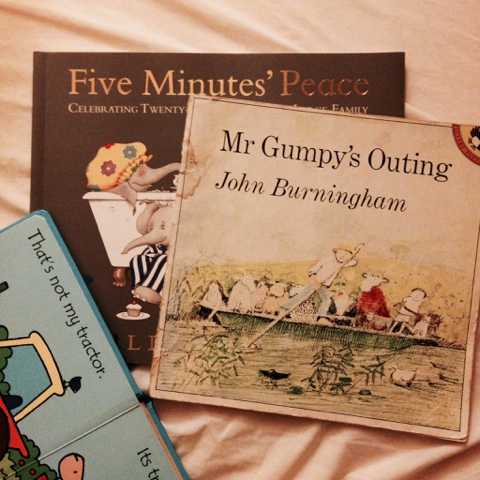 I love reading to him, not least because it's pretty much the only way to get a proper cuddle off him. Most of all I love the things he says as we read. Most of the time we read books we have read hundreds of times before. Sometimes I think he just wants a cuddle and isn't listening to the story anymore, but then he'll come out with a very pertinent question or he'll elaborate on the story some how.

This week for some reason he has found the "That's not my" books he had when he was little. I don't know why he wants to read them this week, but he does. Last night in bed I agreed we could have That's not my tractor before our usual 2 story limit because it's not really a story. Oh but it was!

I read the book, we talked about the textures, same old, same old "that's not my" stuff. Then we got to this page and Bambi launched off in a monologue about this little mouse. 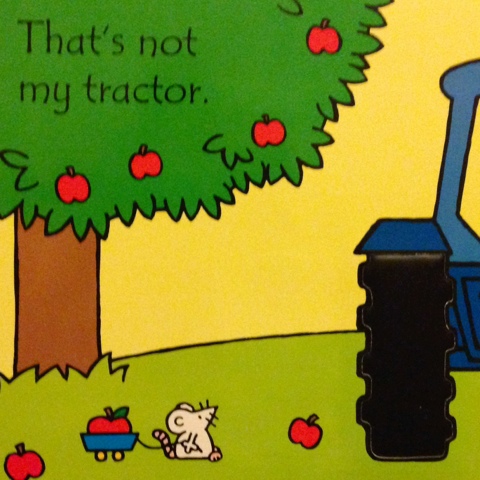 "That mouse is sitting down with a tasty apple. I think he's got no legs but he has got feet. That apple is really yummy and it came from that tree. He is tired because he did pull it aaaalll the way in his little... his liiiittle *thinks*... He did pull it all the way in his TRAILER there! And that mouse is going to share his apple with his mummy mouse and daddy  mouse and baby mouse because he is a big boy mouse and his apple is REALLY YUMMY!He is going to eat it with his nose because he hasn't got a mouth, but I do have a mouth so I'm going to eat my apple with my mouth"

Wow! What a great imagination! I was so excited I asked him about this mouse too... 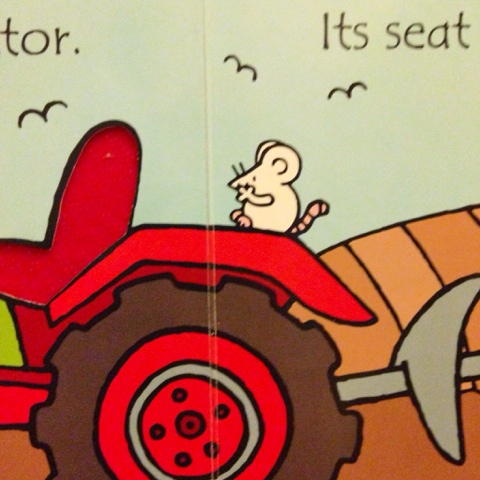 Well that showed me didn't it? Don't push your luck Mum!

Follow my blog with Bloglovin
Posted by Unknown at 11:44