The 3rd Christmas is the sweetest

Bambi will be 2 1/2 this Christmas. It's his 3rd one, technically but will be his first proper one. The first one he can anticipate, the first time he knows who Father Christmas is, the first time he'll have to buy present for people and keep them a surprise. 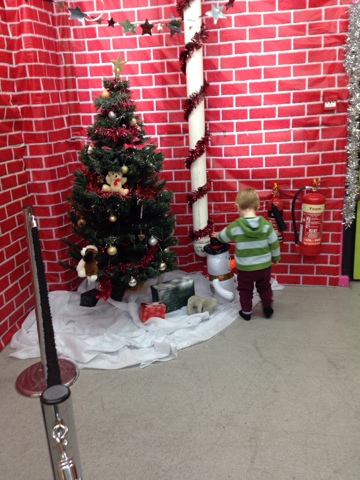 His first Christmas he was only 6 months old. I spent the day predominantly worrying about whether we could alter his life-consuming nap schedule to correlate with his other baby cousins' naps for us all to have dinner together. (We did but dinner lasted approximately 10 minutes due to 2 babies and a 2 year old whose naps were all out of whack!)

His second Christmas was about as special a Christmas as you could ever have, in retrospect. At the time it was a bizarre kind of dream. He was 18 months old and had been whisked away at bedtime 2 nights before Christmas to Granny's house, where he spent 2 days with cousins and uncles and aunts, being spoiled rotten. On Christmas morning he opened one present with his cousins before getting in the car to come home. He walked into our house to find a brand new, tiny, sleeping baby brother in a Moses basket surrounded by other presents. It makes me weep to think about their first meeting on the Christmas morning but of course he won't remember it, and wouldn't have understood the significance of the moment anyway.

This Christmas will be the first one he actually "gets" and oh how he gets it! He is full to the brim of Christmas chit chat and excitement. This is largely due to the most wonderful book in the world, Alfie's Christmas (by Shirley Hughes.) 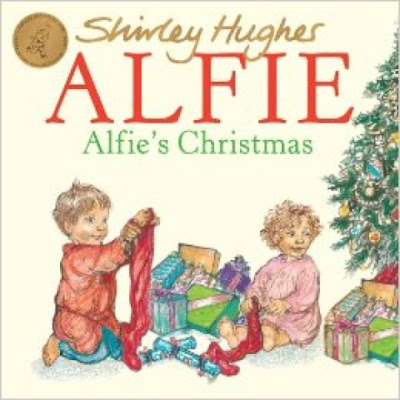 I urge you to buy it even if you don't have a toddler to explain Christmas to. The pictures are gorgeous and it covers all the bases. It talks about making cards, buying a tree, choosing gifts for others, a quick reference to the nativity, packages hidden around the house, decorating the house, relatives coming to stay, the disappointment of missing batteries, and even the challenge of not opening your stocking presents until the morning. It's just perfect.

Bambi has asked to read it every single day since we bought it in November and each time we delve a little deeper into one of the fascinating new Christmas things. He especially likes the idea that he gets to choose presents for us, but is fixated on the idea that I need a "bath-hat" like Mrs Large from "5 Minutes Peace". I don't, but now he's gone on about it for so long it'd be a bit sad if he didn't get me one! 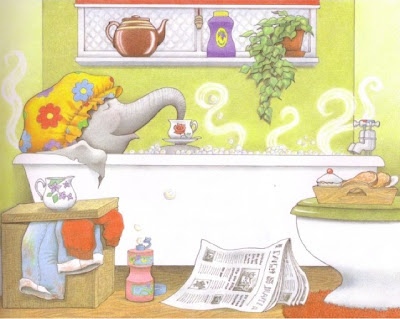 We have a tree, and have put one present for each of the boys underneath. Bambi was soo restrained for the first 24 hours and then calmly strolled over to his present and announced "I'm going to open it now ok?". He tore a little corner, which we have taped back in place, and we told him that if he was going to try to open the present we'd have to hide it again. Thanks, in part, again to Alfie's Christmas, he hasn't tried again, but occasionally sidles up to the present and says "you mustn't open this until Christmas" to himself. I'm so proud of him!

I'm also literally shaking with excitement about seeing him in his first ever Christmas play this week! It will be the highlight of my entire life! He's an elf and my Mum has made the most amazing elf costume including ELF SHOES!

I love Christmas so much, and I've always known I'd love Christmas once I had children. This is my first REAL Christmas as a Mum to a little boy as opposed to babies. I've been a bit distracted with the house move but now the house is nearly ready for us to move into, the presents are all bought (and some are wrapped!) and the tree is up. It's beginning to feel a lot like my first Mummy Christmas!!! 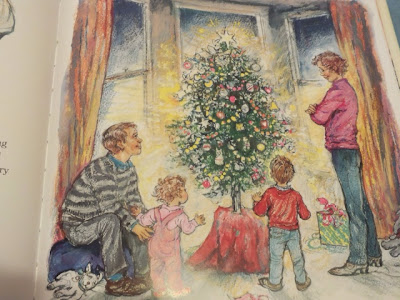